Using Renesas and NXP processors as tools for testing and programming

The VarioTAP model range for processor emulation has been extended. The R-Car H3 processors from Renesas and the i.MX7 processors from NXP are now supported.The libraries, called the VarioTAP model, enable a complete fusion of boundary-scan test and JTAG emulation. The processor is controlled via the native debug port. On this basis, users can perform hardware design validations and prototype tests without firmware. In addition, the procedure also offers the use of dynamic tests as well as accelerated in-system programming of Flash.

The R-CAR H3 SoC (System on Chip) from Renesas is a powerful controller specially designed as an automotive platform for autonomous driving. It offers high functional safety standards and is used in infotainment systems and driving safety systems. The NXP i.MX7 processor with ARM Cortex-A7 is a cross-market application processor. It is used in Internet of Things applications, smart home control systems and wearables.

The VarioTAP technology accesses the register table of the processors and uses their embedded instruments for testing and programming. Access is realized via the JTAG interface. Other debug interfaces (e.g. SWD or DAP) can also be accessed by VarioTAP. 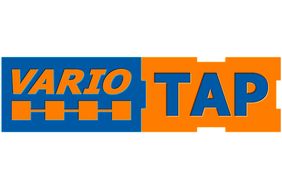