From exotic to established standard

AXI systems were considered exotic in SMT production lines for a long time. Although it was known that X-ray inspection was the method of choice for solder joints on BGAs, QFNs, LEDs, LGAs and THT components, these were either not inspected at all or were inspected in random samples with manual X-ray systems (MXI). This has changed considerably in recent years. AXI systems have long since ceased to be exotic and have become an established standard, not only in automotive lines.

But what distinguishes a state-of-the-art AXI system?

This webinar will provide the answers. The X Line AXI system family will be used to demonstrate which X-ray imaging technologies are used to achieve maximum inspection coverage. In addition to possibilities for fast 3D X-ray imaging, inspection strategies for hidden solder joints will be discussed and the software package used will be presented. In addition, possibilities for networking the AXI system in the world of Industry 4.0 are also discussed. 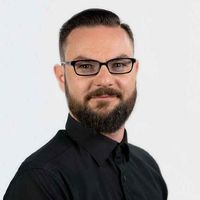