The new TCA provides improved information on which nets and pins are sufficiently tested and which are insufficiently. This allows to effectively identify problem areas (e.g. due to insufficient tests) or possible time savings (e.g. due to too many tests). By defining a test group, the user can determine exactly when an element is considered tested and which attributes are required. The attribute base has been extended. Properties such as Level (High/Low), Direction (In/Out) or Speed (Dynamic, Static, Functional, Stress) show at any time how extensively an element has been tested. Neighborhood analysis in the new TCA of the CASCON 4.7 SYSTEM receives special value. The adjacent elements of an object are identified and analyzed. This significantly increases the accuracy of the test statement, since, for example, short circuits are only observed between adjacent pins. Another innovation is the mapping of the GÖPEL electronic emulation technologies. The test coverage of VarioTAP, ChipVORX and JEDOS are now included in the analysis.

By using filters and switchable templates for test group definitions, the focus of the analysis changes at lightning speed. With a few clicks the user can see not only what has been tested, but also how. With a hierarchical visualization, the degree of clarity and detail can be adjusted at any time. 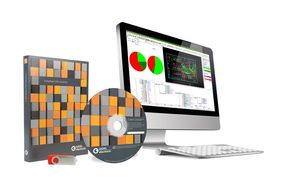