The CASCON system integration for the SPEA flying probe systems has been officially released for the SPEA4020 model. This means that the smaller version of the SPEA4060 Flying Prober can now also be optimally expanded with the capabilities of the Boundary Scan environment from GÖPEL electronic. The user thus has all the functions of the Embedded JTAG Solutions at his disposal, which he can execute directly on his SPEA4020 test system.

A real added value is created by the automatic generation of interactive tests in which the probes and the instruments of the SPEA4020 Flying Prober are integrated into the Boundary Scan Test. The SYSTEM CASCON software platform then takes over the control of the test system, thus achieving higher test coverage and test depth. The tests are executed via the SPEA software so that nothing changes in the familiar operating environment.

A pre-configured hardware package coordinated with SPEA ensures that existing test systems can be easily expanded with this integration solution. 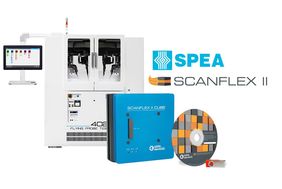